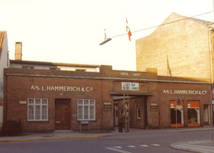 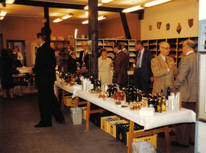 On Thursday, October 9. 1980, A/S L. Hammerich & Co. celebrate the 125th year of the foundation with much festivity and thoughts back to the humble beginning in 1855.

On the day of the jubilee a crowded reception is being held at Byggeladen in Groennegade and later a dinner dance for the employees, local and foreign suppliers at the Hotel Atlantic.

On the occasion of the anniversary the customers of the company are offered selected products at jubilee prices throughout October. The prices "equal" 1855-prices. The offer is shown below (Gothic letters nd ancient language): 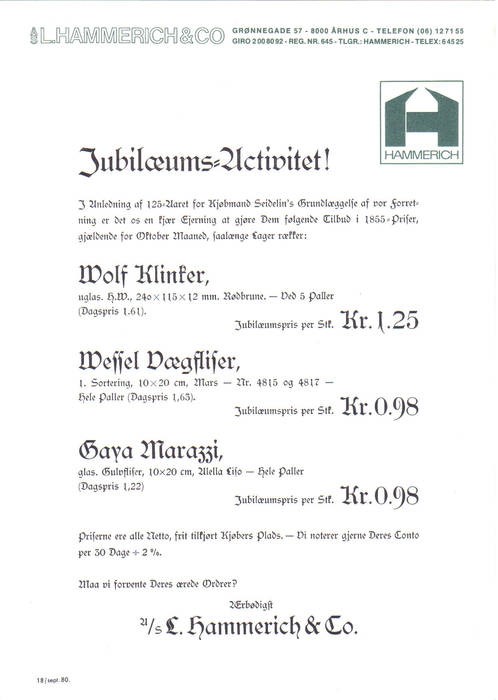 In Troldhede they can celebrate their 50-year's anniversary five years later. A festive reception for emplyoees and working partners is held at Borris Hotel near Troldhede.