Our family goes back to Johannes Hammerich from 1550. Further back information has not yet been proven valid.

The family has roots in Friesland and Schleswig-Holstein, where the name is quite common. It is therefore not so easy to follow the tracks, although attempts have been made over the years. Going back long enough Germany was not one nation, but consisted of a lot of independent duchies of different sizes. Among them Schleswig and Holstein were old Danish possessions, until Germany eventually won them in the 1864-66 war.

Above Johannes may in other words be considered the ancestor to this line of the family. He had, however, two brothers of whom very little is known, other than that they supposedly fled with him from Schlesia in the latter part of the 1500- figure, when protestants were persecuted by the Catholics. One of them was presumably named Abraham, and from him the other family line described by Lengnick descends. Only he is not quite able to link them up with Johannes. That, however, will hopefully be possible one day. We are also working on that part of the family, but from the beginning of last century only little is known. So, in case anybody related to the missing descendants have relevant information, please contact Peter Hammerich. 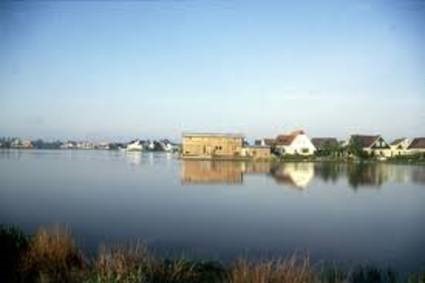 Personal information over the people below can be clicked up, while a tree over the Aarhus family is the only one  available.

The Aarhus line begins with Louis Hammerich who fought in the 1849-50 war in the battle at Isted as a Danish officer and was wounded. He ended up in Aarhus and is therefore the founder of this line of the family. Louis' father Emil Hammerich is the oldest known member of the so-called younger line. Louis Hammerich had six sons and one daughter. 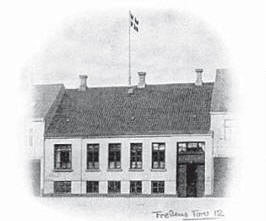 The fourth son, also called Louis Hammerich (Pater), became a well known citizen of Aarhus, mainly from a number of positions of trust. View ancestor tree. But also he founded the family business A/S L. Hammerich & Co. His wife, Ellen (Mater), bore Louis Hammerich 10 children, six sons and four daughters. The second son Carl became a naval officer. He was taken by Gestapo in 1944 during World War 2 and got killed when The Royal Air Force bombed the German headquarters in Copenhagen during the last stages of the war. His son Per was the oldest of Pater's grandchildren, living all his adult life in Norway. The third son Paul Hammerich took over the management of the company after Pater's death and was the originator of the family foundation. The youngest, Sven who had a lifelong career in the family business and in the foundation, was the father of Peter Hammerich, the instigator of this web site.

Genealogy has for many become a popular hobby. Those of the family who want to study an updated family tree may contact Peter at e-mail peter(at)hammerich.dk, who will forward a copy as a PDF file.

Maintaining and cultivating the family ties came much more naturally a few generations back - much more than is the case today. Even large families often got together e.g. in week-ends keeping up with events, entertaining and sharing experiences. Or having the big meeting every two or five years. There are rumours that the Copenhagen family of Kai Hammerich (mentioned below), has been very good at it. The Aarhus line not so much for a number of years, but we are improving.

The fifth son Kai August had three daughters and two sons, the elder Louis Leonor became well known as a professor at the University of Copenhagen. Via his professional network in Germany, he has contributed a lot towards clarifying a number of difficult questions in digging after family roots.

The sixth son Jens Hammerich had two children Ida and Kai Hammerich who became "famous" as the skipper of the hospital ship "Jutlandia" during the Korean War. Kai had three daughters and five sons, one was killed by the Germans during his activities in the resistance movement to fight the occupation forces. The fourth son, Paul Hammerich was an author and became very popular because of his contributions to Danish historic literature and television.

The younger line of the Hammerich family was married into the Tvermoes family, when Emil Hammerich married Louise Charlotte Amalie Tvermoes in December 1825. This family publishes from time to time a family history listing all the linked up families.