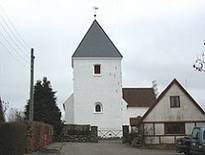 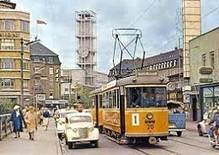 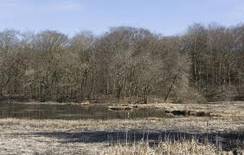 This family is closely connected to the Aarhus branch of the Hammerich family. The Liisberg family originates from the village Lisbjerg, seven kilometres north of Aarhus.

The family is first known around 1720, when Laurs Nielsen had the name Liisberg added. He was the son of Niels Laursen, a local farm worker and later called himself only Laurs Liisberg. So we are talking of a local Aarhus family, where most of the men were craftsmen, particularly wood carvers. A few of the Liisbergs served in city council politics. As seen below the Bering and the Liisberg families were connected, and the name Bering Liisberg came to record.

The best known Liisberg, however, was the "famous" liquor distiller and brewer Hans Laurits Hendric Bering Liisberg, alderman (raadmand) and member of the Aarhus town council. He was father in law to Louis Hammerich (Pater) and did so well, that he became one of the most influential Aarhus citizens of the time. Almost equally well known today is Henrik Bering-Liisberg, former director of Aarhus Theater and director of the Royal Theater, Copenhagen, and at the time very often in the media.