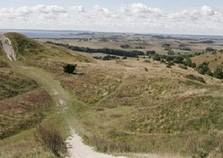 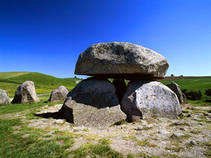 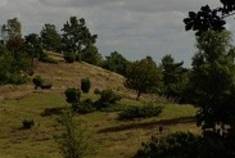 The story  begins early in the new century. Visionary and creative souls from certain national organizations  had found yet another exciting area of activity, i.e. national parks. And, as Denmark is no small country it ought to be possible to fit in quite a few of them. Why not aim high from the very beginning? Might it not be possible to find the space for seven parks - loosely spread around? You could always reduce the numbers later, should it prove difficult to find the necessary support in Parliament. The financing of the plans ought not be too difficult. Within the circle shrewd people were well-informed of the most lucrative channels.

Nature lovers from Denmark's Outdoor Council (all land to the people) sat down with their friends at Denmark's Nature Conservancy Association and the natural science people at the universities and debated the most suitable areas for national parks and made plans. They then took contact to the most obvious local authorities as well as the Forest and Nature Administration. Everywhere they found enthusastic support for their ideas. In addition it was not difficult to get a favourable response to the major idea from the Forest and Nature Administration which as is well known is a subsidiary of the Ministry of Environment. They then went to work. All involved had agreed that of course  everything had to be absolutely kosher, which set certain unconditionable demands in terms of process. A bullet proof procedure had to be made up to secure a  successful implementation of the plans, and suitably democratic it must be as well in order that the necessary political majority would be available in due course.