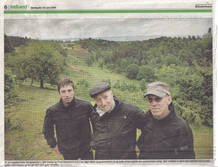 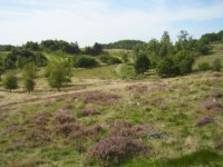 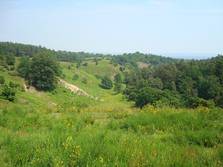 In course of the summer 2009 the national park gets a  lot of media attention either in radio, on TV or in articles, letters to the editor or feature articles in the newspapers. Together with Odd Sinding and Peter Skovgaard from the two land owner associations Peter Hammerich is interviewed in June to the newspaper Morgenavisen Jyllands-Posten.

Here the land owner's viewpoints are presented, maintaining that the landowners including those who directly oppose the plans feel that they are being kept completely out of influence thus fearing the consequenses of far too many tourists on their property. In Syddjurs Council (former Ebeltoft) the authorities are sure that the landowner's fear is purely fictive and without relevance in reality. The interview takes place at Provstgaarden and the subsequent article is features over a full page in the paper. It is pointed out that landowner influence it is vital in a national park that is 80 % privately owned. It is being pointed out that at least these three land owners have not once been contacted for comments although they have written to the proper authorities more than four years earlier, asking for their property to be kept out of the park plans. The interview ends by questioning the democratic elements of the process. 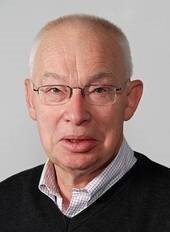 Later in June Morgenavisen Jyllands-Posten brought a brilliant feature article by professor Joergen Groennegaard Christensen, Aarhus University. The head line red "National parks and manipulation". Danish national parks are built upon the same platform of planning despite the fact that they are totally different, not least in regard to the quota between the puclicly and privately owned property. The national park in Thy, which was the first to be opened, con-sists of approx. 80 % publicly and approx 20 % privately owned land, whereas in Mols Bjerge about 80 % is private and about 10 % is public. In other words, the diametrically opposite ownership profile.

Jørgen Grønnegaard had made a detailedd analysis of the process prior the national park including the commissions and desicions which had been made by former ministers of environment. He specifically mentioned that the basis elements

have been in straitened circumstances in the pilot project of the Mols-park. The mayor of Syddjurs Council may think that the first of the above mentioned elements is fulfilled because the council has a central role in creating the forthcoming national park. The roots might rather be found in the mayor's proposal that the secretariat to the park be placed in one of the offices of the town hall.

The two other elements have been next to nonexistent. The local support should be seen in the comparatively few local private persons who obtained a seat in the five nicely labeled committees under the pilot project, but during the various meetings they were more or less steam-rolled by the many experts from national organizations who took charge from the very beginning. The poor people's well motivated suggestions or objections were simply never incorporated into the final documents, and the majority of these persons gave up in desperation long before and left the committees. On a number of the highly profiled citizen meetings which by the organizers were called very successful a large number of indignant protesting contributions were put forward. However, the organizers never acted upon them.  Dissatisfaction had to be presented in writing within the timeframe of the official responses. This was called citizen influence.

How about the principle of voluntarity? As far as it is known only a few of the landowners have been contacted by the project makers prior to receiving the debative pamphlet. The others had to find out for themselves whether their property was placed outside or within the national park. That seems to be a peculiar way of administering a principle of voluntarity. This is not a claim but a fact which the minister of environment after a meeting with the land owners had to acknowledge. He did not do that when in a feature article in Jyllands-Posten on July 6th he arrogantly dismissed the well documented points in professor Grønnegaard's feature article. Instead the minister finally quoted the mayor of Syddjurs Council: "The national park project has been the most comprehensive project of citizen involvement in which I have ever participated", concluding: "That speaks almost for itself". It does indeed - as the definition of spin. The two new land owner accosiations have already registered several hundred members. Where is the local support?