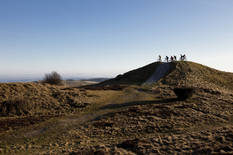 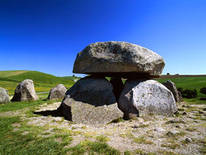 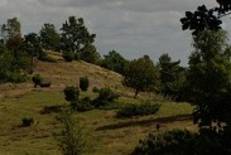 The board of a national park should not be purely ornamental. There are real task to perform.  Appointed by the minister of environment with further two members appointed by the national park council the board represents a broad spectrum of organizations of which the land owners are underrepresented. In reality the board can be said mainly to be a mouthpiece of Denmark's Nature Conservancy Association, The Outdoor Council and The Nature Administration.

In September 2011 - two years after the opening of the park the board landed "Proposal for The National Park Plan 2012-20", which in the spring 2012 after a period in hearing was succeeded by the final plan. The national park plan is a pretty, well illustrated work of 70 pages. However, it does not show much progressive planning. Mostly the booklet is a historic account dressed up with some vague  declarations of intent. It seems, however, that they have been listening to some of the land owners in that space have been found for a remark that many land owners have been pestered by mountain bikers, see above left where they are foundering the perhaps most spectacular viewing spot of the entire park area. It is then mentioned for good measure that initiatives will be taken to improve the regulation of local traffic in general. Regrettably, nothing is said as to how this will be achieved.Time will show whether they are worth the money.

Then, why is this robbery in broad daylight?

Well, a number of smart organization people and their friends within local politics have succeeded with a process tool tailor-made for this purpose in fooling the citizens of this country and the entire parliament except one party. As a consequence they have confiscated 18,000 Ha unique nature turning it into a public adventure park and thereby robbed a privately owned area of 13,000 Ha - without discussing it with the owners or offering them any compensation. Only 1,800 Ha is public property. We are talking about vulnerable nature which most of all deserves to be gently tended to and preserved for the future. Did anyone mention the §73 of the Constitution? The consequence could well be, that the board of the national park might face difficulties when they are to make those deals with the land owners that they consider essential.