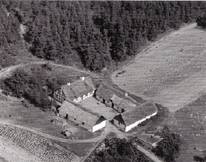 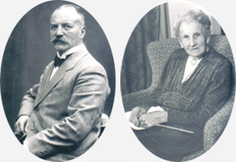 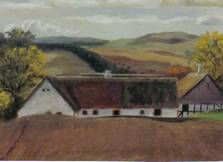 Provstgården is situated in an extremely beautiful area. The majority of the property has for many years been part of Mols Bjerge Preservation and is today included in the new National Park Mols Bjerge, see the chapter National park.

The above picture to the right is from the north side showing the original stable. It is a painting which over the years was in the possession of the Petersen family ending up with the youngest daughter Else. Else was a supervisor of the place for a number of years till she died in the summer 2004.

The adjoining land of the property amounts to approx. 133,500 acres as can be seen below. Of this about 60% is forrest, the remaining land is mixed agriculture, though only part of it cultivated.. Some of the areas are partly preserved and being worked as forestry by Hedeselskabet and as tenant farming. The beautiful area towards east called Haalen is totally preserved. 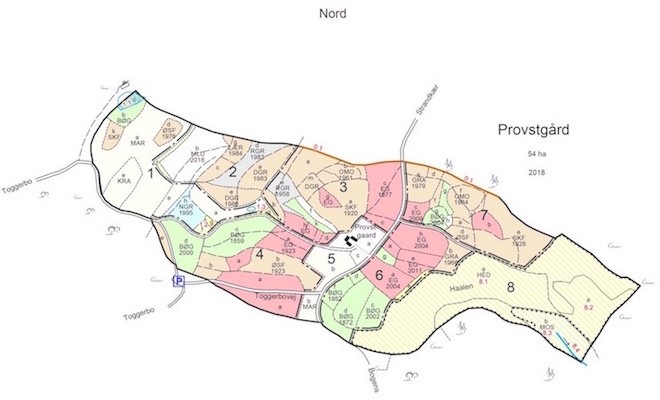 Owners of property which is governed by the rules of preservation must be in permanent touch with the authorities who demand that the property be maintained according to certain rules. That doers sometimes mean that you must abide to restrictions in your normal activities which is also the case here. 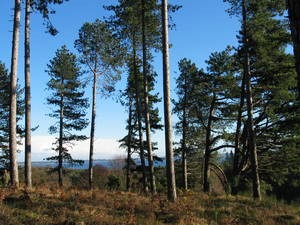 The forest has been rejuvenated over the recent years, in that larger parts with fir and pine have been felled and replanted by defoliative sorts. Steps like that make the forest more recreative.