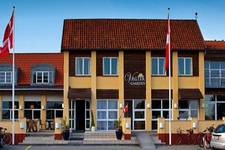 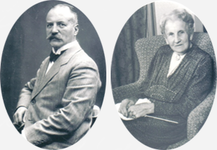 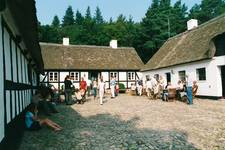 Here in 1997, 32 years after the latest big one, we found the energy to do it again. In January we sent out the first roll-call to everyone in the family followed by a formal invitation in April.

The timing must have been right, because this time we hit the jackpot and had an almost 100% response with more 130 adults and children signing up for the first family reunion in almost a generation. That was promising. And this time there was family coming from the USA, Canada, Spain, France, Norway and alas, not Kenya, due to illness. Some of them had not met for a great many years, if ever. After a few drop-outs the closing total was 123 persons of all ages. That shows at least some degree of interest of which we could not help being a little proud.

Tradition demanded that Mols be the place to meet. Molskroen, however, had recently been sold and was under total rebuilding for all of 1997. Consequently it was not a choice this time. 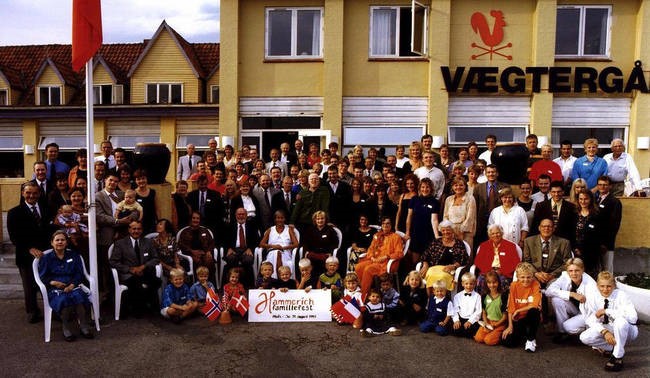 Right across the road, however, is another country hotel, Vaegtergaarden, which suited our purpose equally. Only they could hardly accommodate us all, so nearby supplementary accommodations had to be taken in. It is always a lot of work to plan an occasion like this, and we did look forward to welcoming the guests crossing our fingers for a successful family party. Again here was a festive dinner, where the foreign guests, particularly the Americans had the doubtful privilege of beeing acquainted with our Danish peculiarity, the dinner party song (festsangen), in terms of not only a newspaper, but also other songs.

On Sunday morning after brunch we met at Provstgaarden for a chat and a walk, drinks and sandwiches. In the morning the participants awoke to the shocking news of Brtish Princess Diana's tragic death on Saturday night while the guests were partying. That lowered the spirits to some extent.

However, all in all it went well - also because the weather stayed nice - which is an important factor on an occasion like this.